Jack decided to come in on Tuesday this week to help with the cleanup after Crystal's Monday night dinner party...a very wise man.

Crystal, a substitute teachers, told the Freshman Football team that if they went undefeated for the season she'd make them a formal dinner. She ended up serving dinner to 160 people. 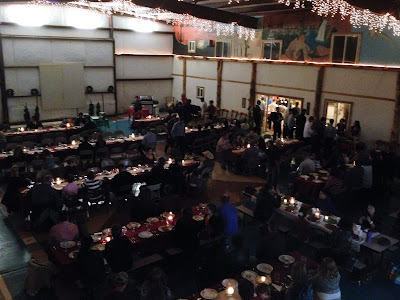 Greg put up a big screen for the football highlights to be shown. The players are right up front - what a nice group of young men. 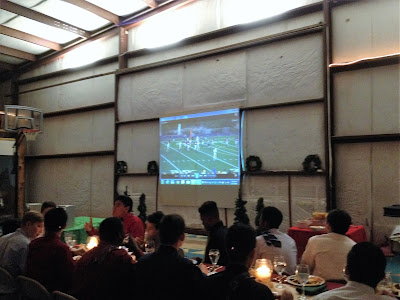 Yup, he found some potential Lightning pilots in the group. 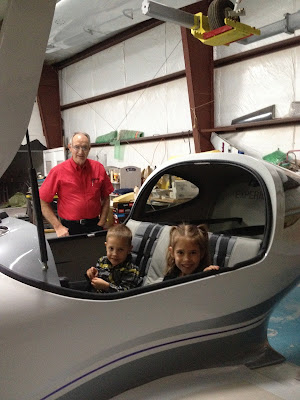 The next morning we got busy with Jack's build.  Some things are just easier to do than other things. 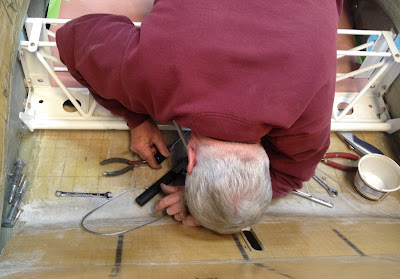 Dan is attaching a solenoid to the firewall one day... 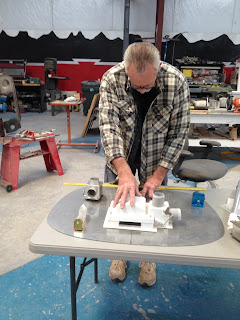 and the next day the engine is mounted, but looks a bit...skinny.  It will need a little more fluff around it. 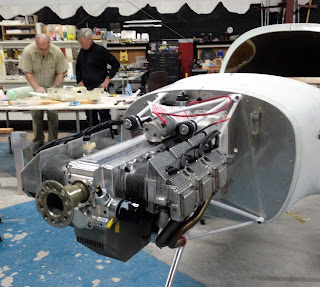 I think I might chat with Jack about choosing his jobs...this one looks easy, but not much fun! 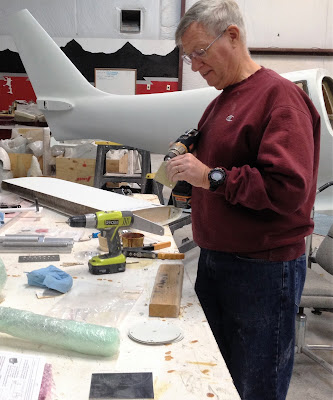 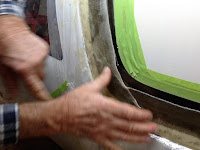 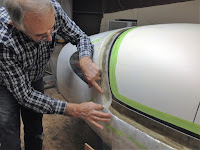 Greg has a form (part of a fuselage) up in the loft where he makes the canopy. He suggested not to rub your eyes while doing this. 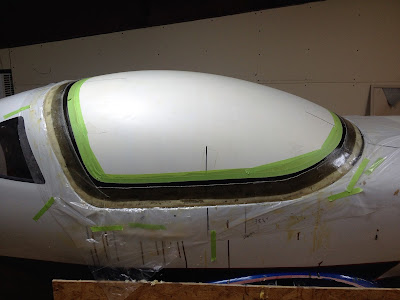 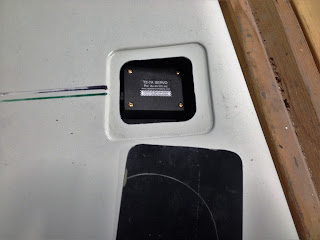 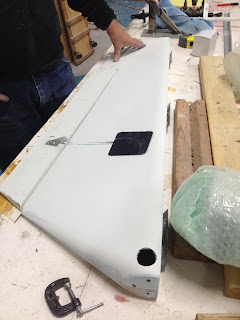 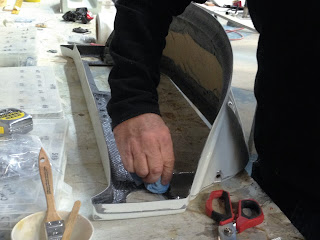 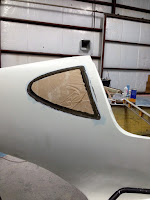 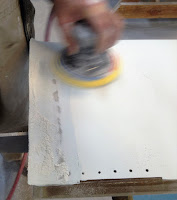 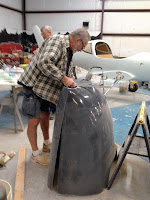 ...and the paint booth is starting to fill-blowing the dust off from the wings. 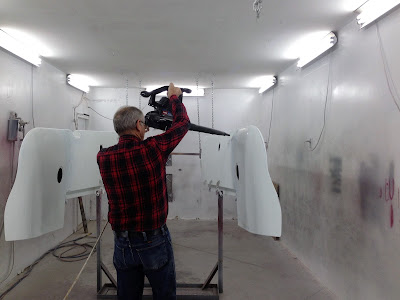 A wise tip for the week: Don't go to town on the weekends during December!
Lightning Blogger out