Gary and Dan did a little tummy work before the Engine School last week. 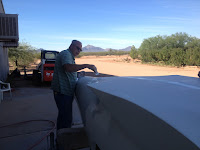 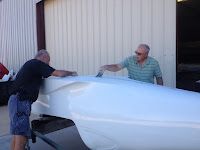 Monday morning bright and early Jack arrives at the build center to start his build.  The parts were layed out.... 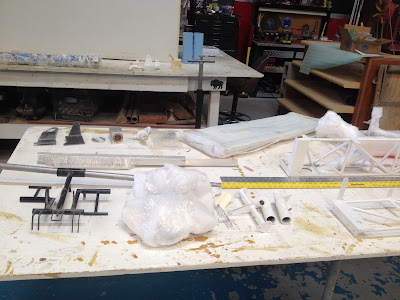 and Jack got right to it... 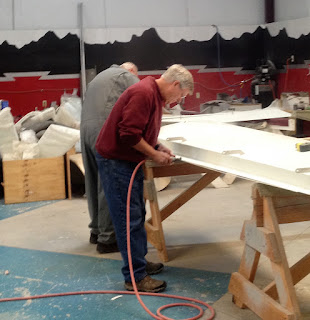 Trimming the wing for the installation of the aileron, that French word meaning, "little Wing".

Wing roots were measured, at least twice, marked and cut preparing for installation of the wings.  Then spar box is fitted and bolted on to the wing roots. 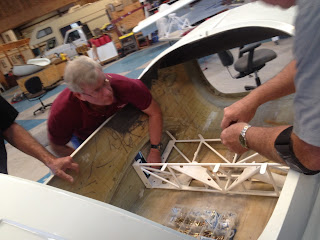 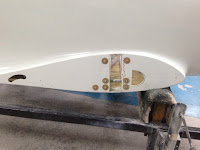 The pedal assemble, in the small picture, and in the large picture the brake cyclinders have been fitted and bolted on to make the pedal-brake assemble. 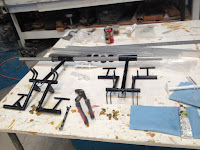 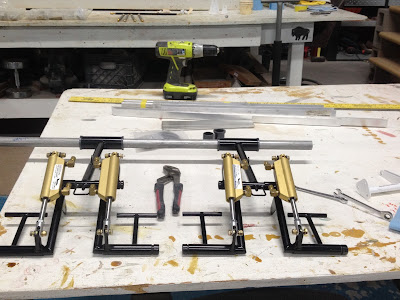 Wing tips layed out for tomorrow and those ailerons are in place. 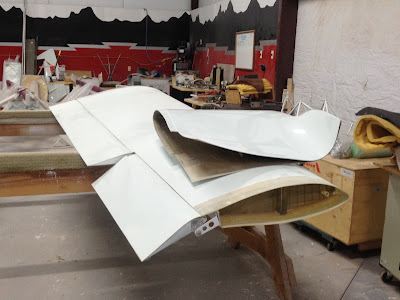 Second Day of build begins with taking the gel coat off the wing tips preparing for the  the fiberglass lay-ups that will connect the tips to the wings. 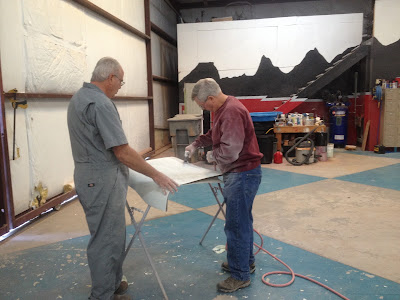 Jack is fitting the push-pull tube with the end connectors, there probably a better name, but you all know what I mean. 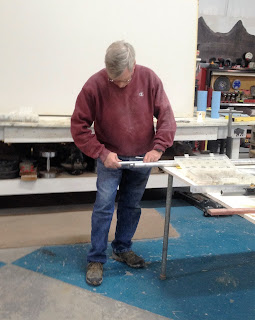 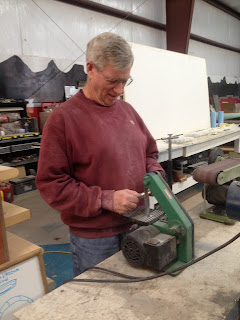 Below holes have been drilled through the seat support, I'm guessing, for the push-pull tubes and the fiberglass reinforcement, that Dan put on yesterday, is showing below the holes. Second picture below, is just another angle, showing more of the structure of the spar box. 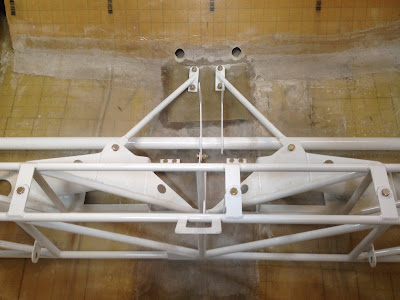 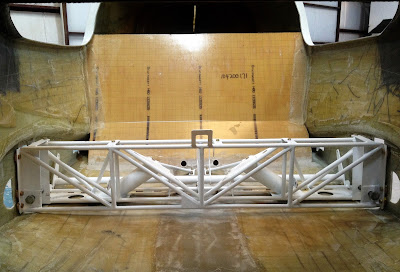 Rudder is being fitted. 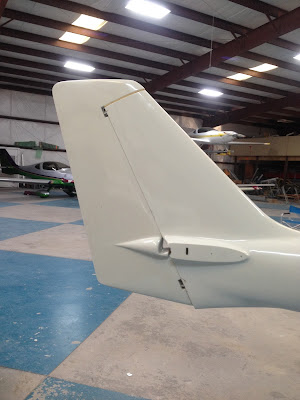 The pedal-brake assemble has been turned over, moved and... Dan said that two black rods were added to each side. 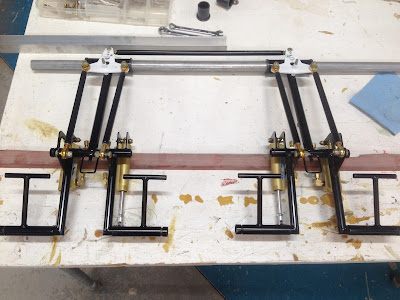 Day three of the build-the all important paper work, Greg and Jack go over all of it, so everything is moving forward and comes neatly together when it is time for putting on the N number, scheduling inspection and first flight. 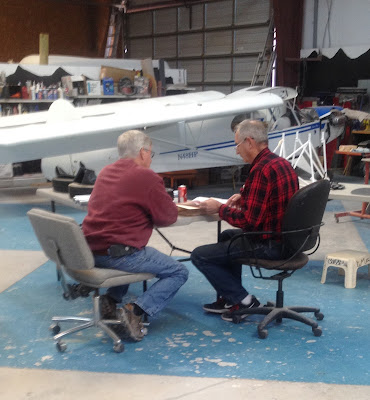 Jack works on the tires and wheels. 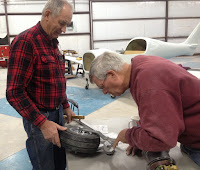 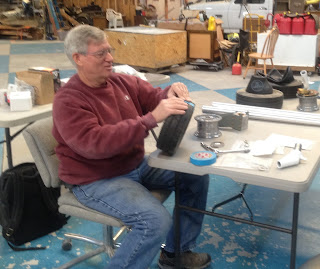 Check out the progress! 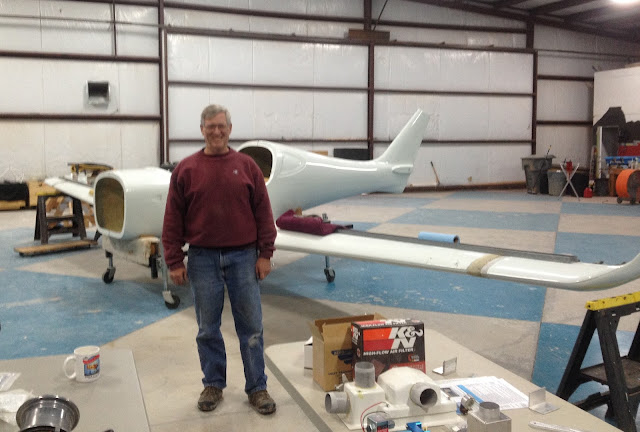 Jack needs to get back to his other world.  He'll be back in a week or two, but the build does not stop...the body work continues. 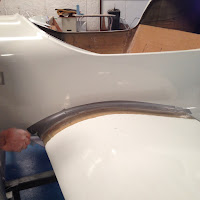 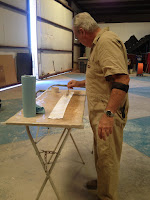 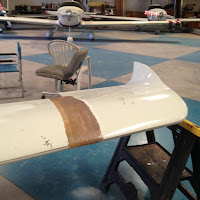 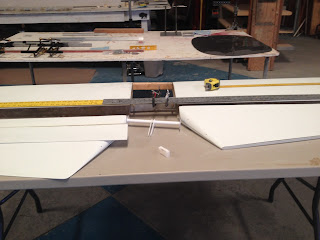 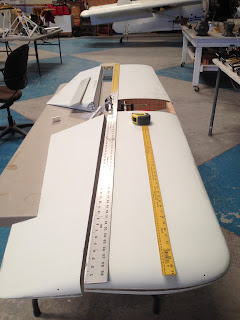 When Jack comes back he can fill the shell with those all important working parts...pedal-brake assembles, leg gear and wheels, push-pull tubes, pitot tubes, engine stuff, and those electronics-this is just the short list of what is left.

Not bad for his first short week!