November has marked a definite change in temperature.  Turned off the air-conditioner and opened the windows this week and found myself seeking tasks that took me out into the sun.   The weather is beautiful for flying.  Each morning Ron’s Lightning is in the air and flying off those hours. 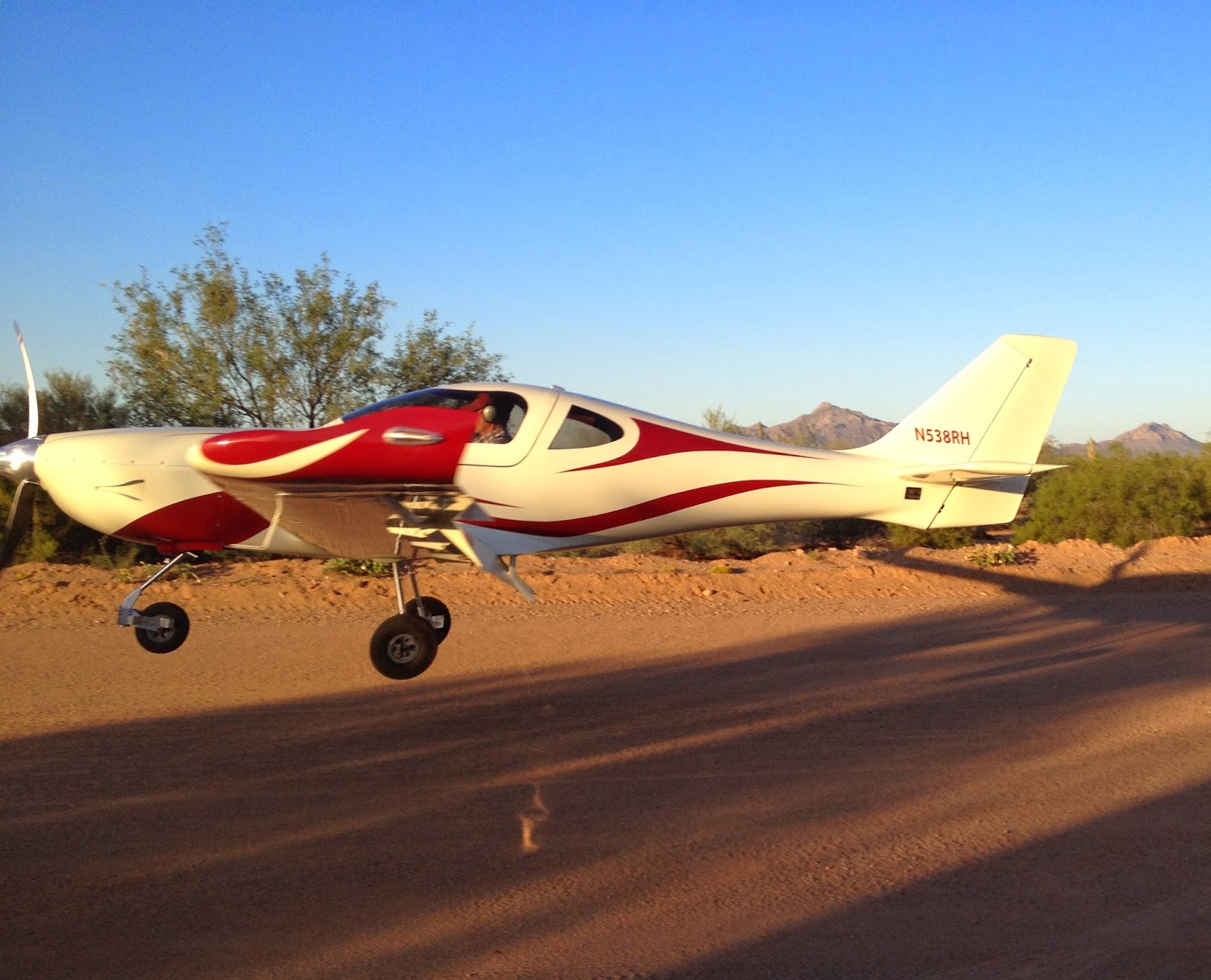 I noticed that the wheel fairings are not on yet.  Not sure the spelling of fairings.  I will ask my friend, Google about the spelling.  Just look what I found!

From Wikipedia, the free encyclopedia

A fairing is a structure whose primary function is to produce a smooth outline and reduce drag. These structures are covers for gaps and spaces between parts of an aircraft to reduce form drag and interference drag, and to improve appearance.

On aircraft, fairings are commonly found on:

Cockpit fairing    Also called a "cockpit pod", it protects the crew on ultralight trikes. Commonly made from fiberglass, it may also incorporate a windshield. (Keeps bugs off the pilot's face)

Engine cowlings    Engine cowlings reduce parasitic drag by reducing the surface area, having a smooth surface and thus leading to laminar flow, and having a nose cone shape, which prevents early flow separation. The inlet and the nozzle in combination lead to an isotropic speed reduction around the cooling fins and due to the speed-squared law to a reduction in cooling drag.

Flap track fairings
Most jet airliners have a cruising speed between Mach 0.8 and 0.85. For aircraft operating in the transonic regime (about Mach 0.8–1.2), wave drag can be minimized by having a cross-sectional area which changes smoothly along the length of the aircraft. This is known as the area rule. On subsonic aircraft such as jet airliners, this can be achieved by the addition of smooth pods on the trailing edges of the wings. These pods are known as anti-shock bodies, Küchemann Carrots, or flap track fairings, as they enclose the mechanisms for deploying the wing flaps.

Spinner
To cover and streamline the propeller hub.

Tail cones
Tail cones reduce the form drag of the fuselage, by recovering the pressure behind it. For the design speed they add no friction drag.

Wing root
Wing roots are often faired to reduce interference drag between the wing and the fuselage. On top and below the wing it consists of small rounded edge to reduce the surface and such friction drag. At the leading and trailing edge it consists of much larger taper and smooths out the pressure differences: High pressure at the leading and trailing edge, low pressure on top of the wing and around the fuselage.

Wheels on fixed gear aircraft
Wheel fairings are often called "wheel pants", "speed fairings" or, in the UK, "wheel spats". These fairings are a trade-off in advantages, as they increase the frontal and surface area, but also provide a smooth surface, a faired nose and tail for laminar flow, in an attempt to reduce the turbulence created by the round wheel and its associated gear legs and brakes. They also have the important function of preventing mud and stones from being thrown upwards against the wings or fuselage, or into the propeller on a pusher craft.

What a list of parts…never thought of them all together as fairings.  I found Ron’s wheel pants, as called in the build center, outside the paint booth. 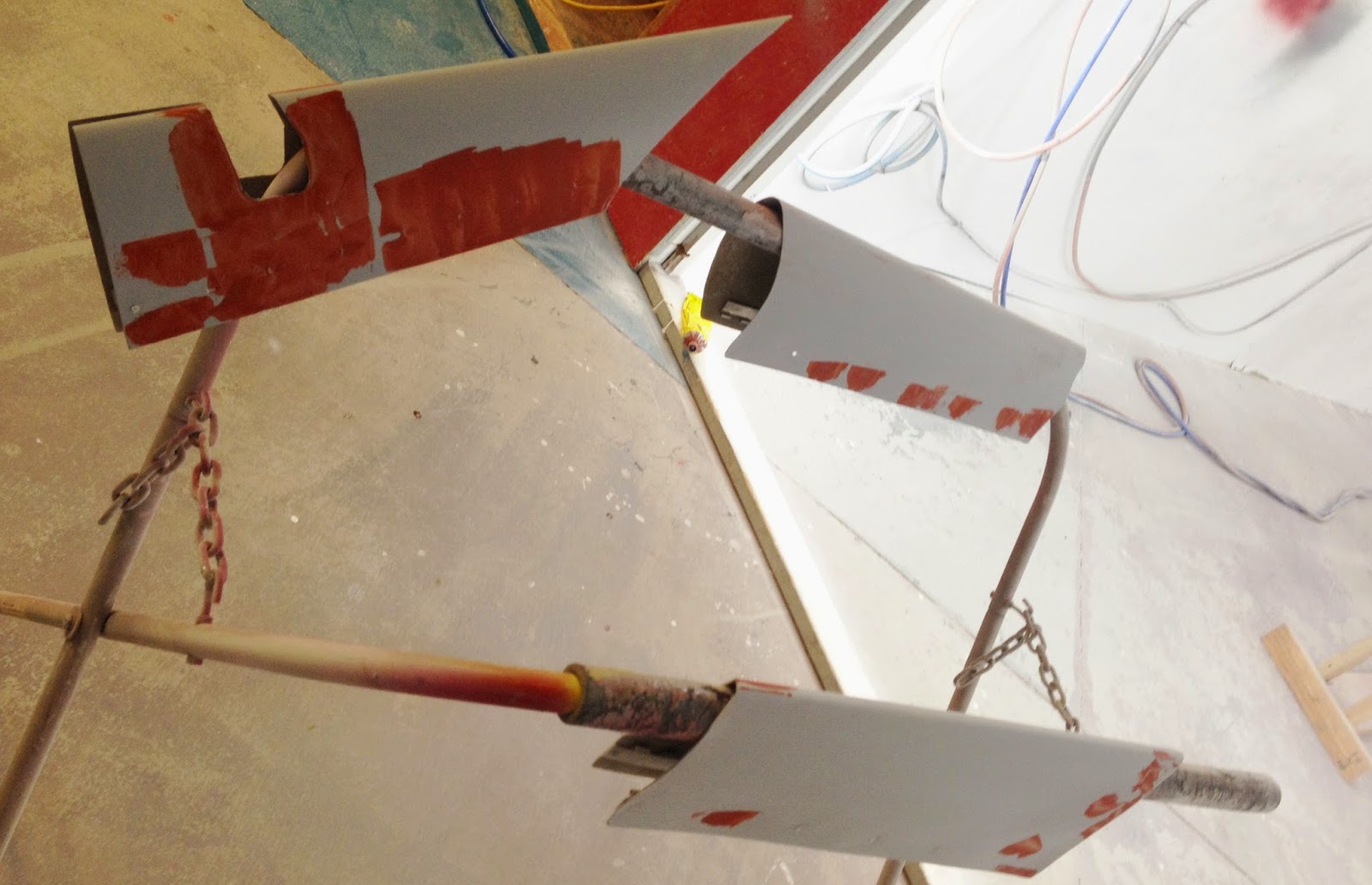 It is busy in the build center, here are a few of the projects going on:

1. Ernie brought his plane in for some things he wants done…a little paint touch-up included. 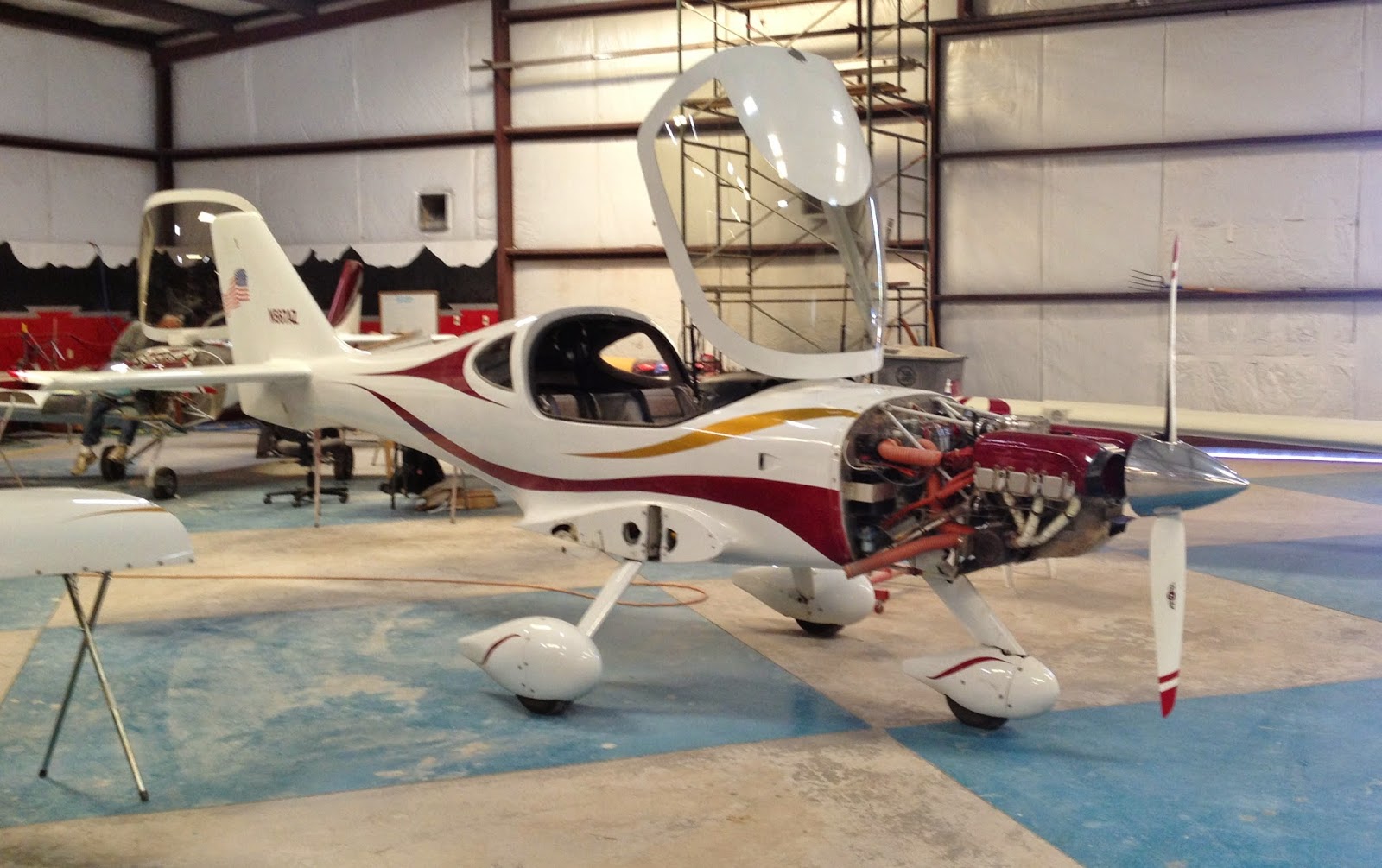 2. Al is working on an antenna wire. 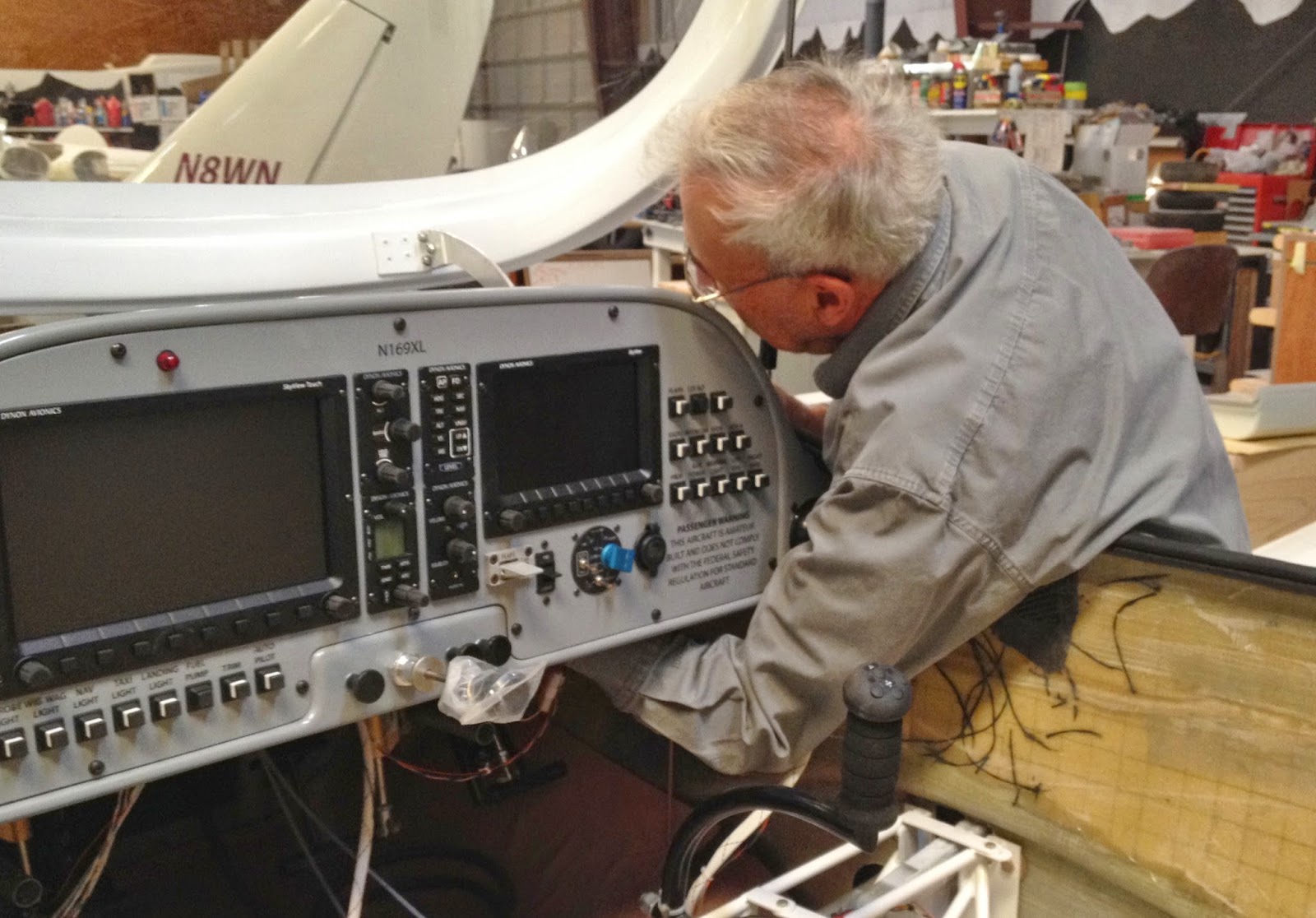 3. Dan is making an oil cooler.

Yup, that is a metal can.  We are “green” around here and it works great.

4. Greg has the lumber laid out to build a box for the floor tiles used at the shows. 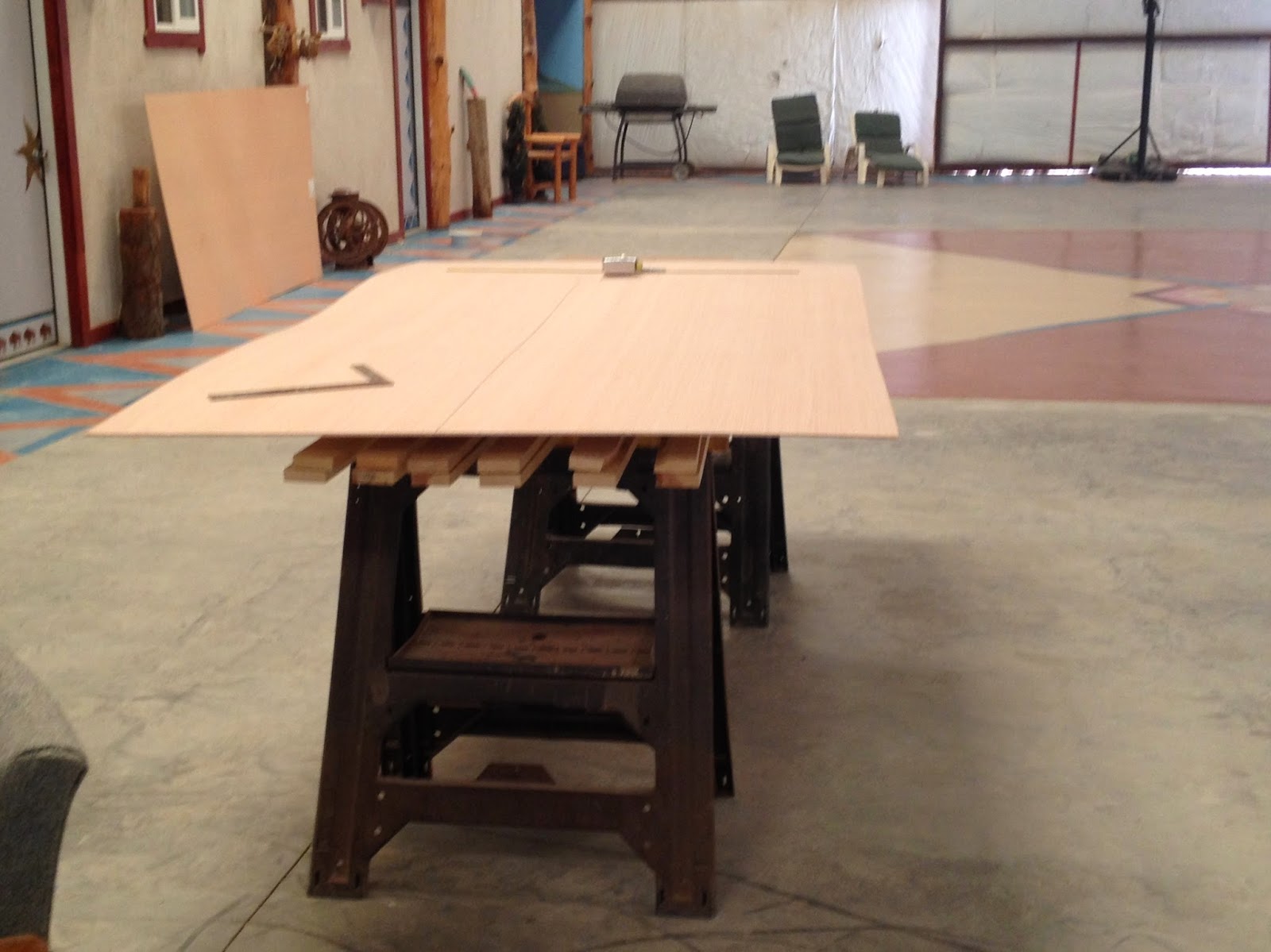 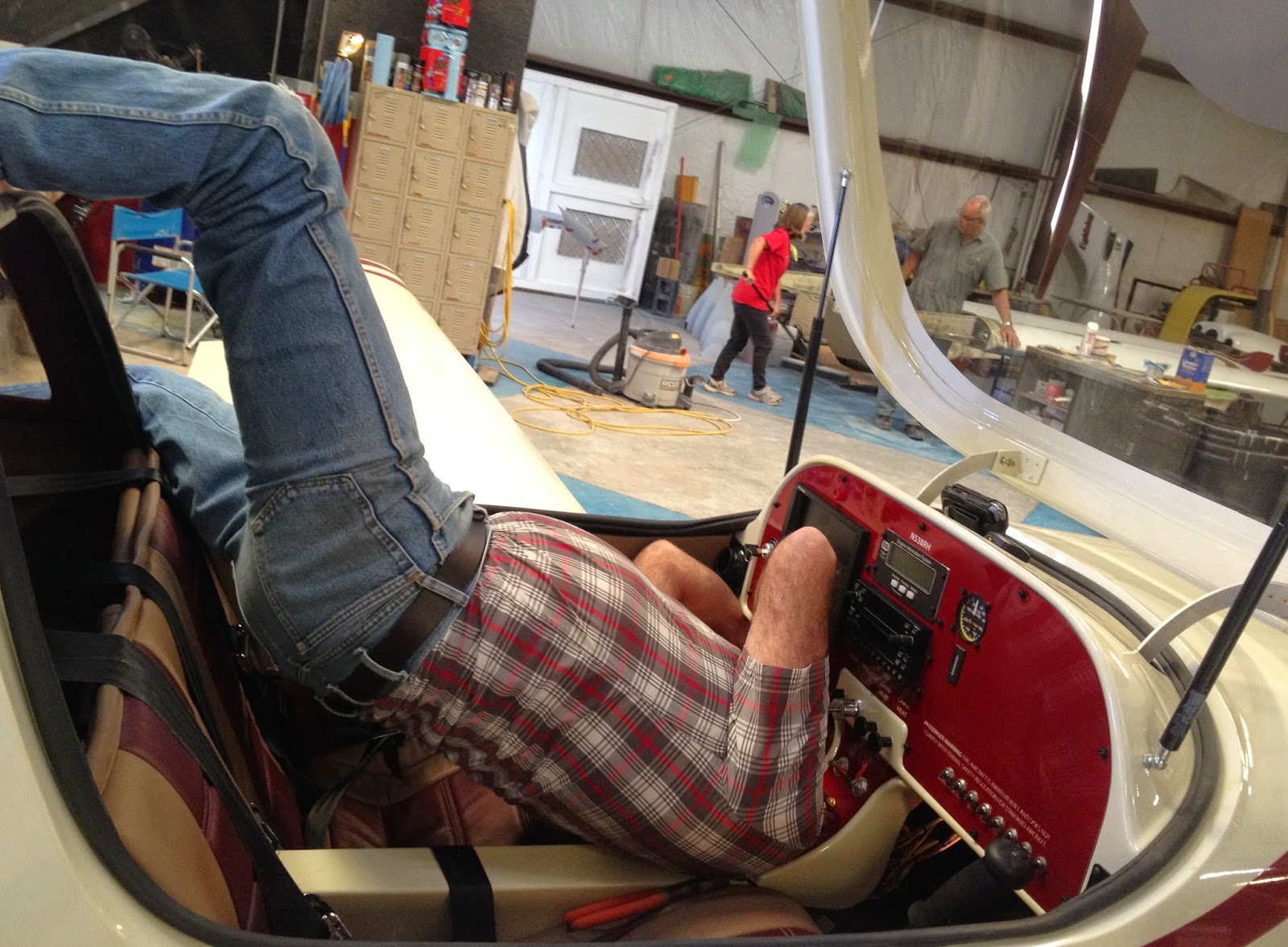 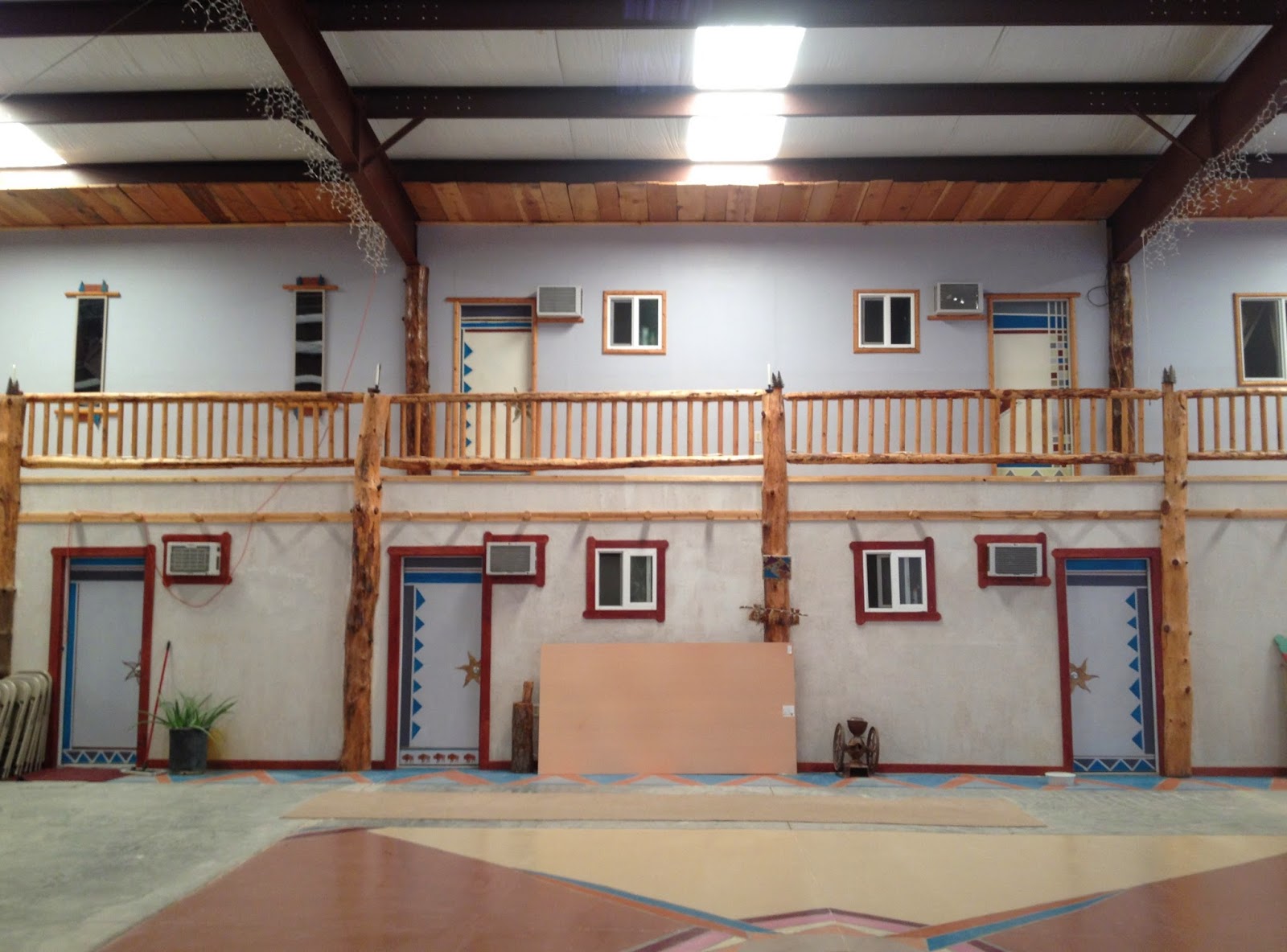 7. Bob’s Lightning getting ready for start up and he is working on paperwork and setting up an inspection appointment. 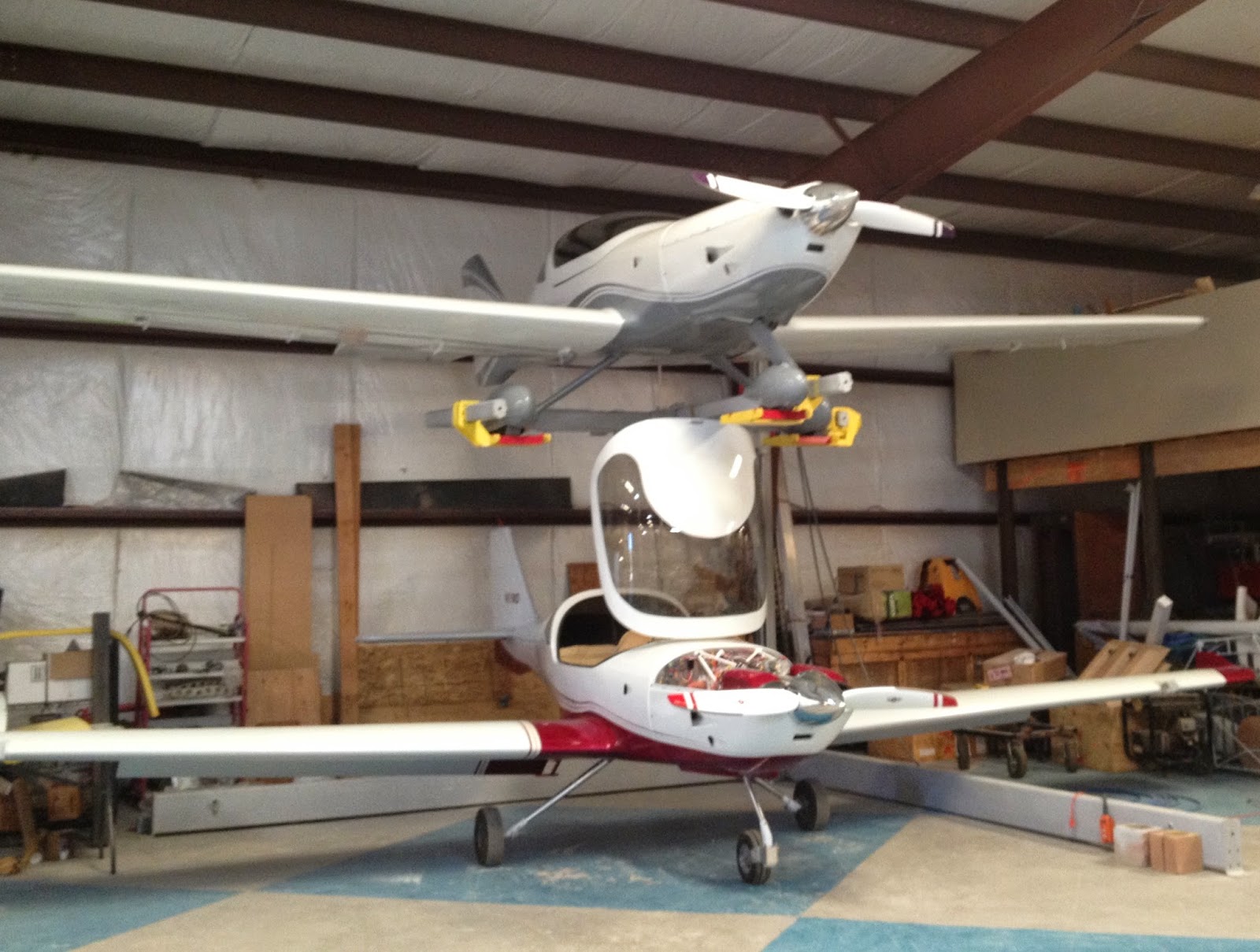