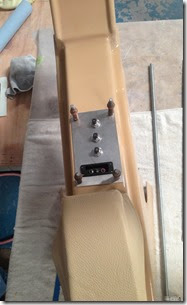 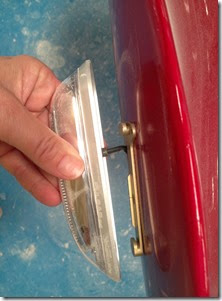 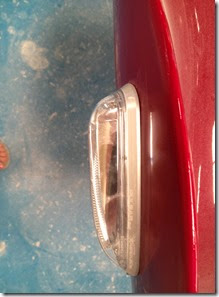 Al’s plane is in such starkly different stages shown by the two pictures below.  That wing will have the final clear coat on soon and the color difference will be remarkable.  I showed the beginning of his canopy last blog and here it is ready for primer- a bit of a ugly duckling right now. 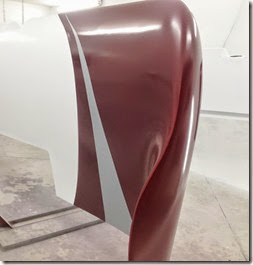 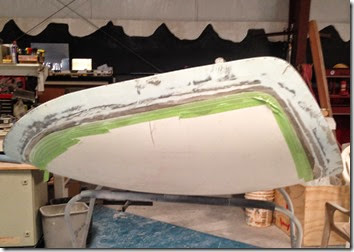 A visitor in the shop thought that Ron’s plane was needing more work on the engine to hook up the hanging hose. 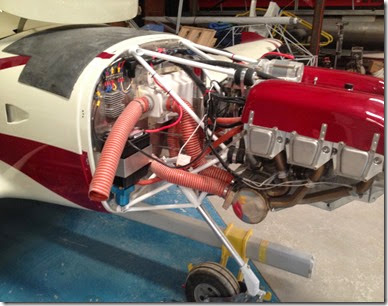 I have been collecting a few pictures of the trim system and decided to do some investigation into trim.

Wikipedia says, “Elevator trim frees the pilot from exerting constant pressure on the pitch controls. Instead, the pilot adjusts a longitudinal trim control (often in the form of a wheel) to cancel out control forces for a given airspeed / weight distribution. Typically, when this trim control (wheel or lever) is rotated or moved forward, the nose is held down; conversely, if the trim control is moved back, the tail becomes "heavy." Many newer aircraft, especially jet aircraft, have electric trim controls.”  In this picture the trim controls is a wheel in the center of the picture. 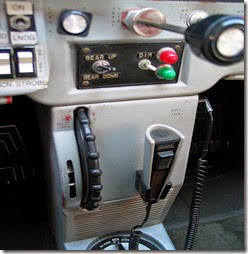 “Many airplanes also have rudder and/or aileron trim systems. On some of these, the rudder trim tab is rigid but adjustable on the ground by bending: it is angled slightly to the left (when viewed from behind) to lessen the need for the pilot to push the rudder pedal constantly to overcome the left-turning tendencies of many prop-driven aircraft. Some aircraft have hinged rudder trim tabs that the pilot can adjust in flight.”

I walked around the planes in the shop, I noticed that the planes had only elevator trim systems

Bob’s elevator trim tab is the left and the right one is Al’s freshly painted elevator and trim tab. 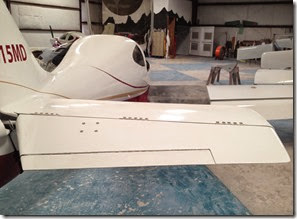 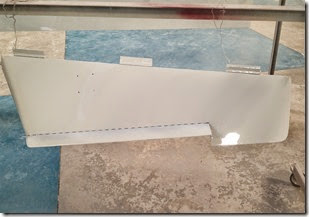 The stick is where I found the trim controls on all of the Lightnings. If you look closely, right in the middle it is printed Trim D U.  U or up is down on the stick and D or down is up on the stick, one probably wouldn’t mix that up very many times. 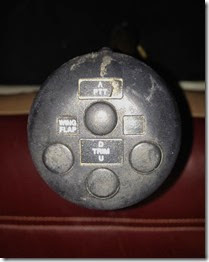 Next, I asked the Boss why the builders didn’t have aileron or rudder trim systems?

The elevator trim frees the pilot from constant pressure on the pitch controls.  It takes about a 5 to 10 lb. pressure to hold pitch during landing approach and I think it is about the same for take off nothing lessens this like a trim system-well worth the price. 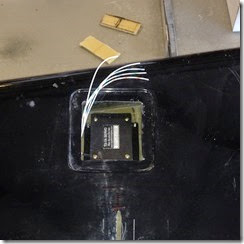 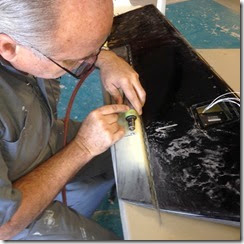 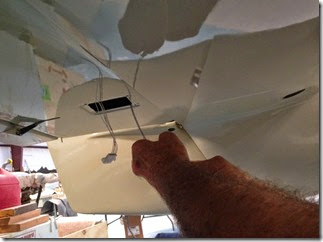 “The engineer Buckminster Fuller is often cited for his use of trim tabs as a metaphor for leadership and personal empowerment.”

(i.e.The tiny trim tab can change the direction of the Queen Mary or a LSA, likewise an individual-tiny in respect to the world, can through dynamic mental work change the course of our world)

Who was this guy?

The Estate of R. Buckminster Fuller

“Hailed as "one of the greatest minds of our times," R. Buckminster Fuller was renowned for his comprehensive perspective on the world's problems. For more than five decades, he developed pioneering solutions that reflected his commitment to the potential of innovative design to create technology that does "more with less" and thereby improves human lives.

From 1917 until 1919, Fuller served in the U.S. Navy, where he demonstrated his aptitude for engineering by inventing a winch for rescue boats that could remove downed airplanes from the water in time to save the lives of pilots.

As a result of the invention, Fuller was nominated to receive officer training at the U.S. Naval Academy, where he further developed his ability to study problems comprehensively. In 1926, when Fuller's father-in-law, James Monroe Hewlett, developed a new method of producing reinforced concrete buildings, he and Fuller patented the invention, earning Fuller the first of his 25 patents.

In 1927, after the construction company failed, Fuller was unemployed and contemplated suicide, but he had a remarkable realization. Deciding that he had no right to end his own life, he concluded that he had a responsibility to use his experiences and intellect in the service of others. As a consequence, he spent nearly two years as a recluse, deep in contemplation about the universe and how he could best contribute to humanity.”

(Not the full biography-he was kicked out of Harvard twice and the are 24 more patents.)