The build center welcomed the Chandler-Casa Grande EAA this morning.  They started to arrive around 9:00 for their 10:00 a.m. meeting. 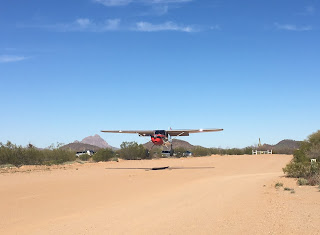 We just love an EAA fly-in - here they come! 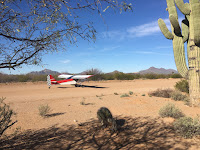 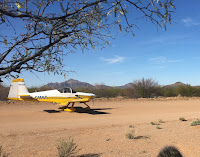 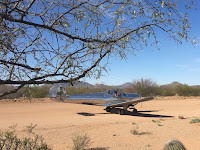 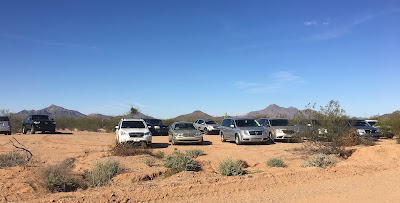 The boss closes the runway to car traffic during the meeting.  He says that cars and planes don't mix well.  However, his new parking lot on the west side of the runway gives safe access for those driving in. 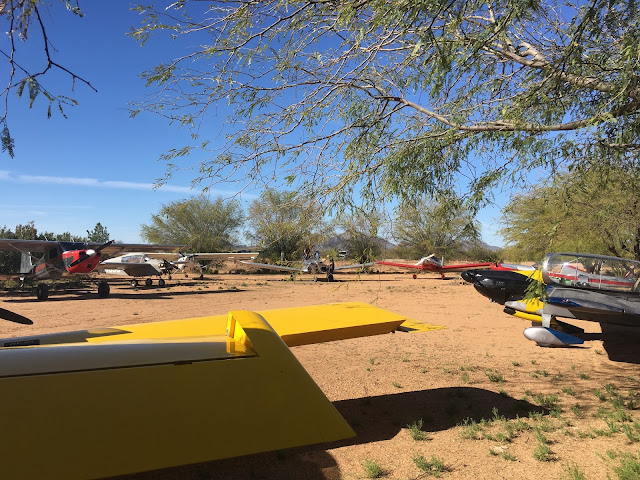 Hobbs Lake is a mostly dry lake until July-August monsoon season and it worked as an outdoor hanger for multiple planes this morning.

The EAA meeting gets underway- 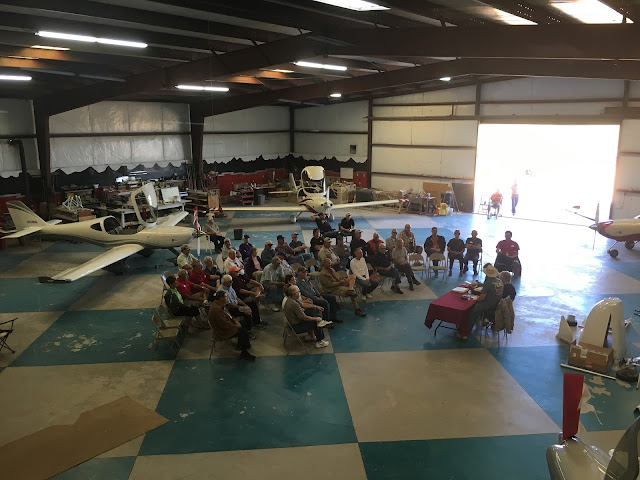 The Boss gets to talk to the EAA. 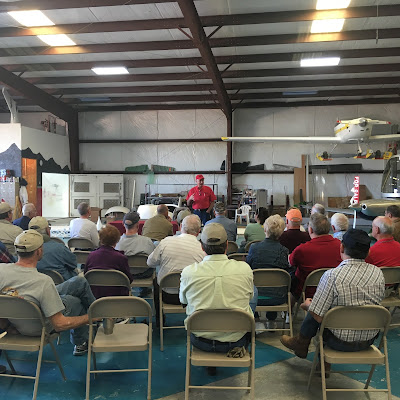 Of course, we have displays everywhere: 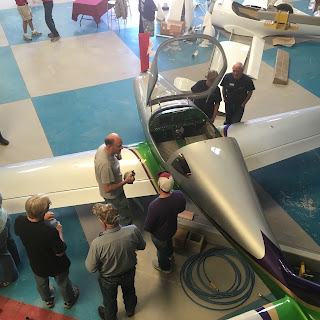 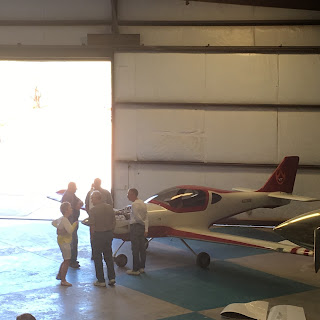 Jack is on hand to talk about his Lightning build. 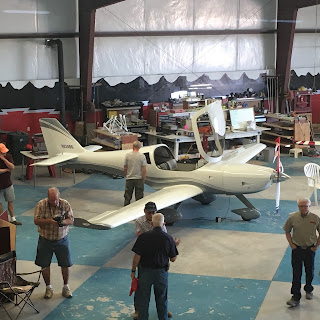 The Boss also layed out a kit-straight out of the delivery box. 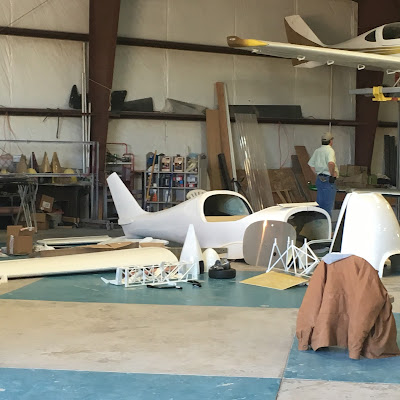 Crystal serves a fajita lunch with bownies and ice cream to top it all off. 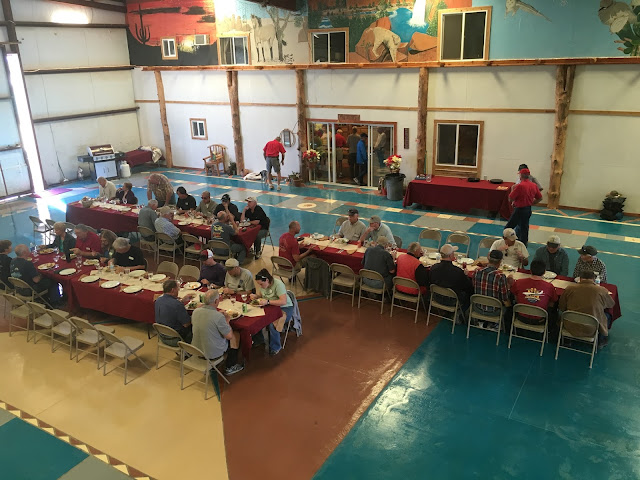 ...and we have a new member of the Lightning team on hand. Crystal calls her Lucy, but the Boss usually calls her Pup.  Cute little thing wandered onto the property last week.  There was an attempt to give her to a grandson, but that didn't work out. 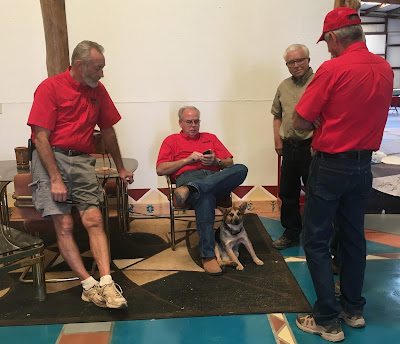 ...and then the time comes for them to head due North... 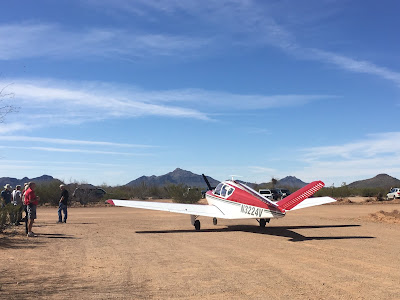 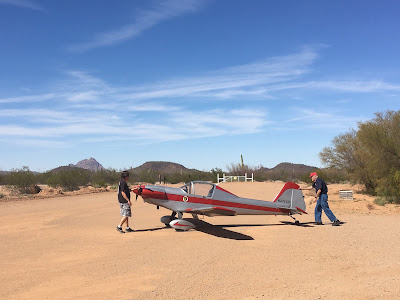 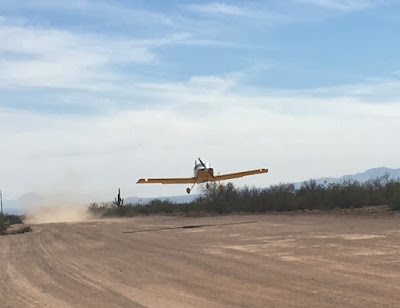 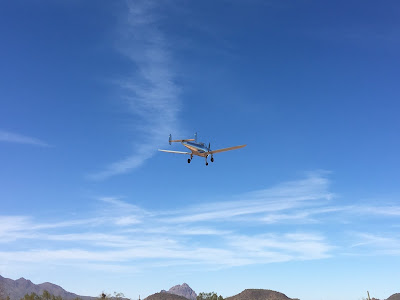 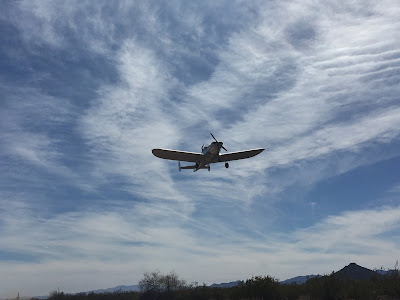