I was going to show pictures of Sebring, where Greg and Crystal spent time mid-January.  Durning the show, that big storm that hit the east coast, blew over Florida.  The show was evaucated one day and had severe wind and tornado warnings.  Greg's show floor suffered some breakage as a section blew off.  However,  something else caught my attention and is much more fun...

I was really surprised to see the Boss had been drawing on his plane and taping...what is he up to? 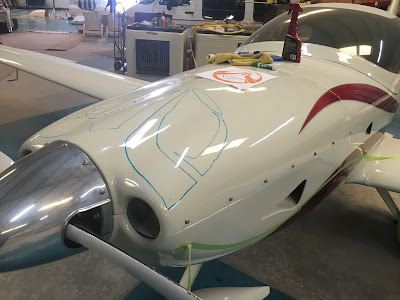 As Jack coined it, preparing for a Geronimo Painting Party.

*Point of information the runway is informally referred by some as Geronimo field.  Where does Geronimo fit in?  His picture and name is on the big water tank along side of the runway. 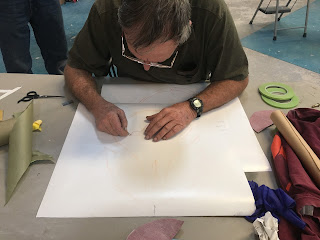 Johnny Thompson was back in the build center to help with an idea that he and Jack got excited about...wait for it...lots to do yet. 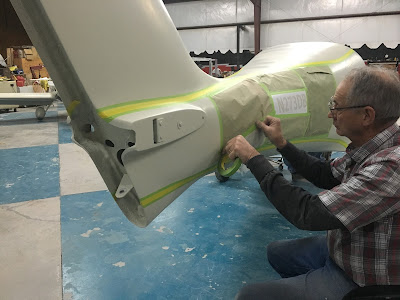 The fuselage has the creamy white pigment applied then it is taped and masked off.  the N number is ready for the maroon-red as well as other specific areas. 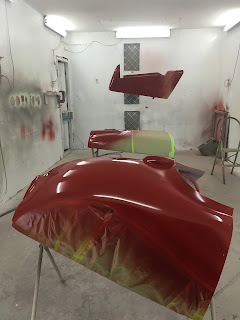 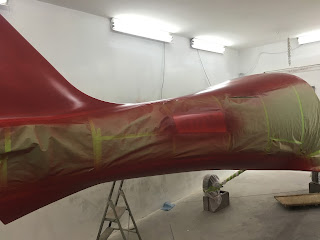 The stencil is fitted, then applied and the backing pulled off. 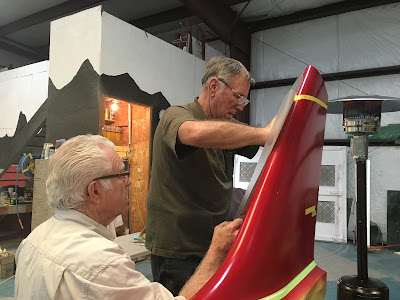 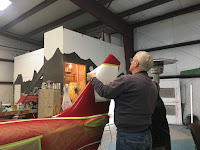 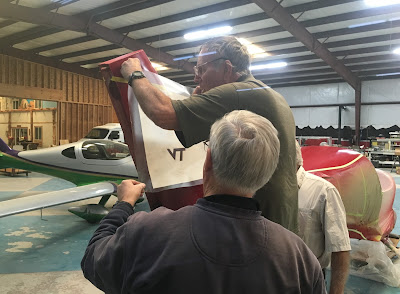 White is applied to the VT, Virgina Tech. 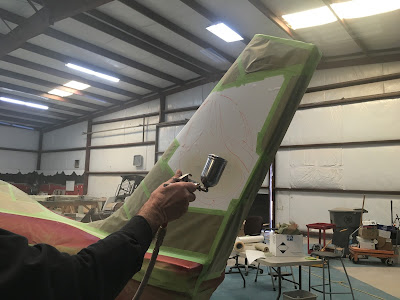 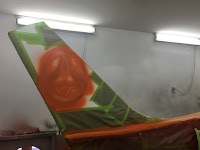 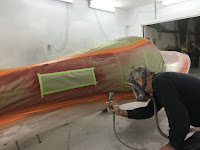 A little touch up. 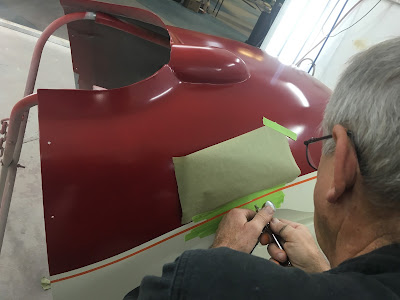 and the unveiling of a new Lightning. 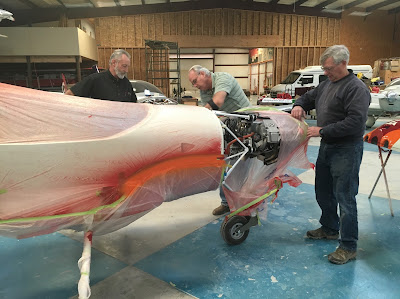 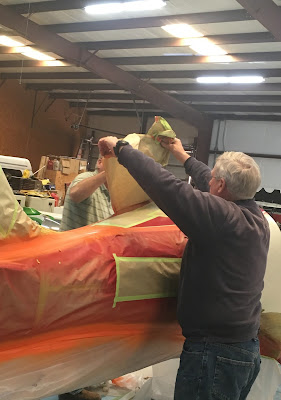 Are you ready for the tada? 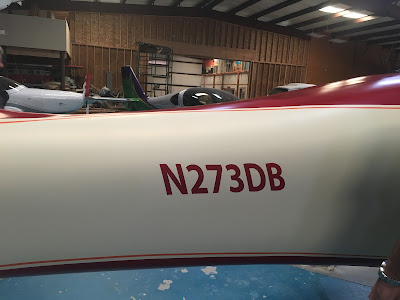 Upside down and separate... 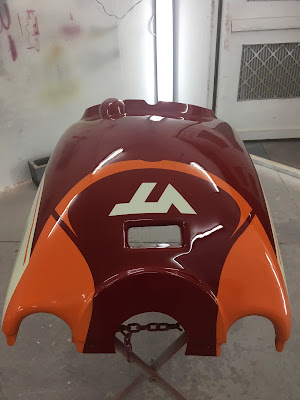 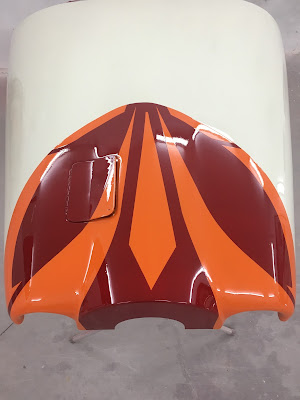 then together and look at that match up! 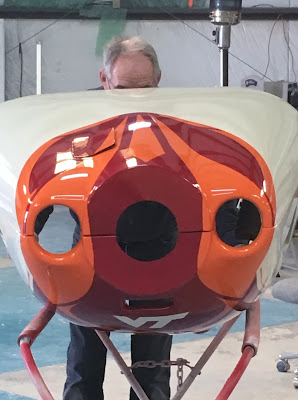 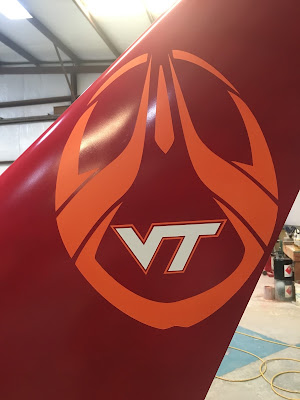 So nice when the plan comes together so nicely!  Not done yet, wrap it up and send it back into the paint booth for the clear coat. 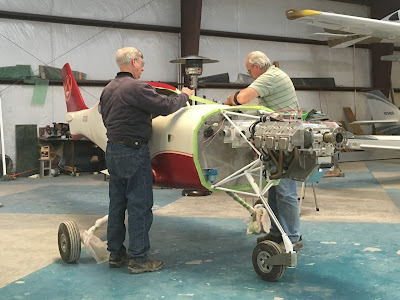 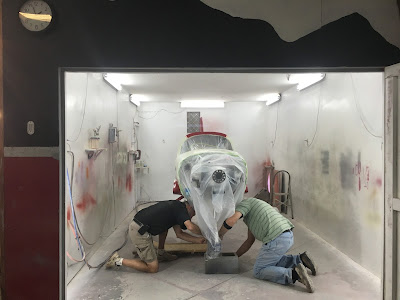 Stay tuned for the clear coat reveal, next week.

Boss is making a new brouchure and layed out a new kit for a picture - Here it is ready for a builder.  Want a Lightning in your hanger? 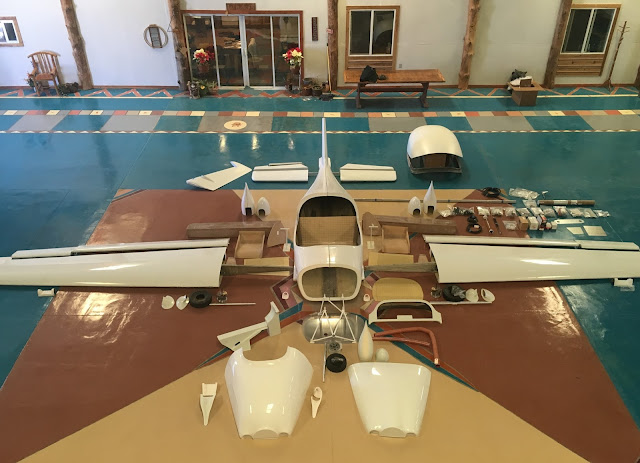