There and Back Again

Well, we are back again at the build center after a summer of being "there".  "There" for us took us in several different directions.

First, Greg and Crystal worked the Oshkosh Airshow, no surprise there. 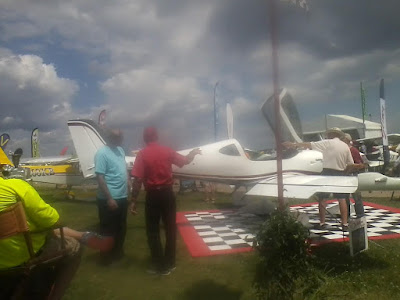 Top picture is Greg hard at work.  The foggy look is an effect that Crystal must have added. 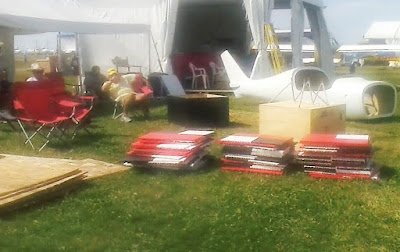 Crystal said, the Badlands were just remarkable to drive through.  They also visited Mount Rushmore.  She said, it was humbling.

Some of the rest of us took in a Hobbs family reunion and the sites nearby! 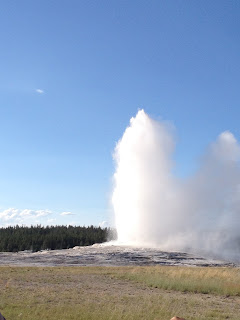 Yup, that is Old Faithful and a gyser basin.  Below, Gary finally found a bear that would pose with him. 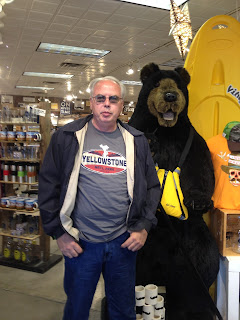 Then on to the Tetons.  Just look at those towering peaks and that bright blue Lake.  Well, maybe it took a bit of imagination.  Good reason to come back again. 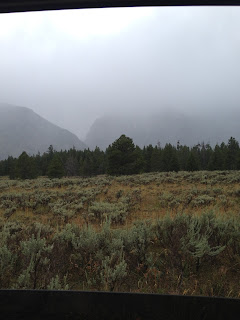 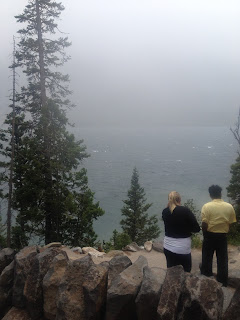 Then Gary and I took off for Washington to see grandchildren and Dan held south.

Did a little fishing at Tucannon area.  Blue Lake was a good spot for us to catch a few fish. 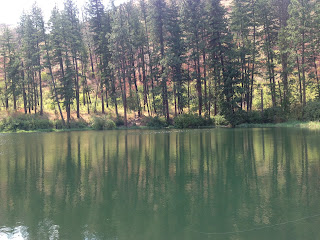 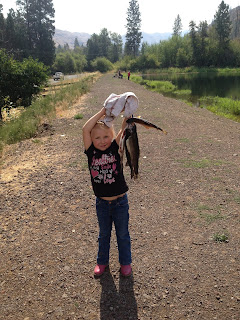 Have you ever picked huckleberries?  I love huckleberries, but never had the experience of picking them.  My folks would talk about picking huckleberries when they were children.  We finally found some, but only after we adjust our focus. 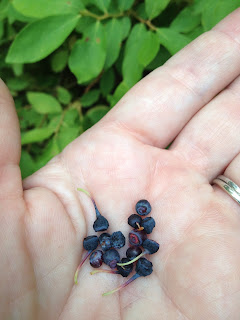 We also experienced another first for Levi and he got a second tooth out a few days later. 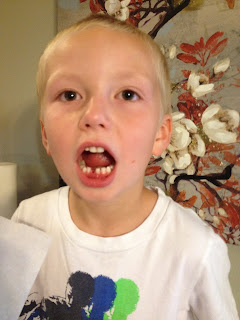 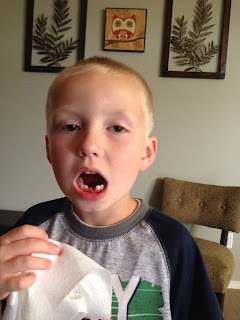 I don't know if this was a real first, but fun as we checked out Cove Fort off the 15 in Utah. This was a bonus as we were on our way back to Logan from Zion National Park. 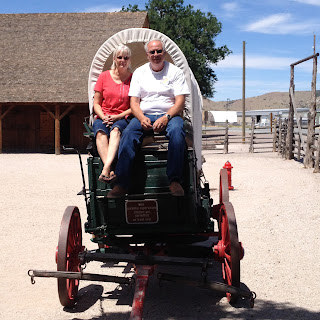 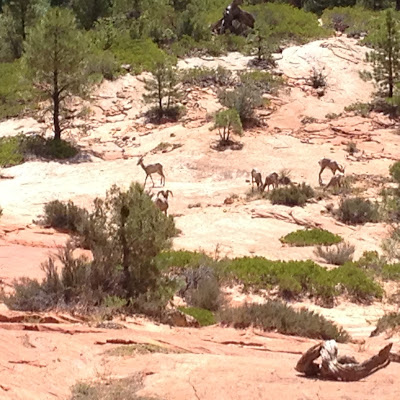 Facing into the morning sun just doesn't do the landscape justice.  Beautiful dark red walls again the deep green is really awesome.  I really liked the Kolob entrance off the 15 up from the main park entrance. 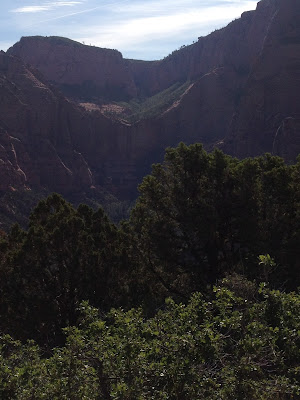 We do work a bit along the way.  Gary is removing mulberry trees from his sister's yard.  I know it is referred to as a bush, but tell me if that looks like a bush! 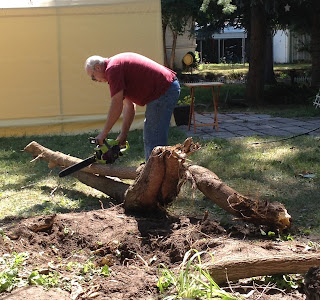 Oh, if you need a painter lets us know this one works for candy. 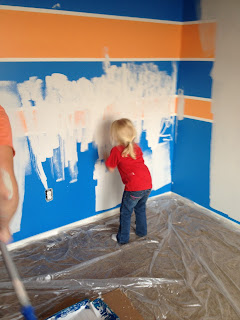 ...and as the summer comes to an end we headed home arriving just before Labor Day Weekend.  The new gate looked great and has withstood the monsoons.  We heard the runway washed out again.  It looked really good as we drove down the middle - of course we didn't.

We found the boss up in the air - not is a plane and ... well a picture is worth a few dozen words. 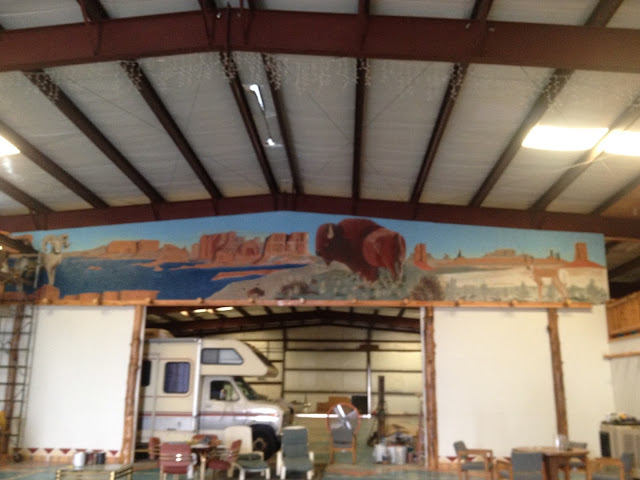 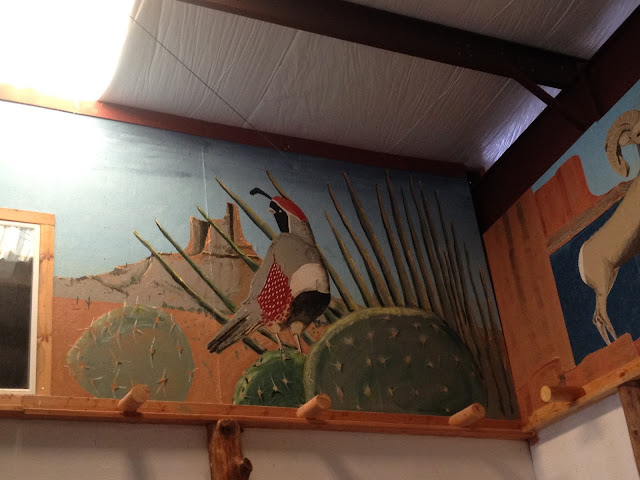 Second side panel in progress.  Dan said he didn't know his brother was so talented. 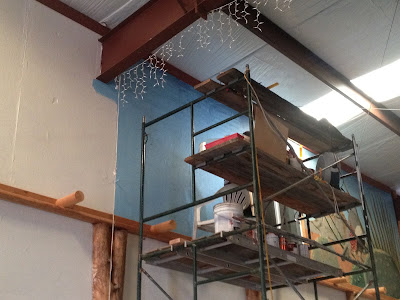 Nice touching base with you all again...Lightning Blogger out